Today marks the 20th anniversary of the Westray mine disaster that killed 26 workers in Nova Scotia. The public inquiry into the Westray story called the deaths “predictable” and concluded management, “starting with the Chief Executive Officer,” had failed in its responsibility to design and operate a safe mine. It recommended federal legislation “to ensure that corporate executives and directors are held properly accountable for workplace safety.”

It was these 26 deaths and that recommendation that led to Parliament unanimously passing in 2003 what has come to be known as the “Westray Bill.” Under that law, employers responsible for workplace deaths can face criminal charges, and if convicted, can be sentenced to time in prison.

Unfortunately eight years later, despite thousands more workplace deaths, only a handful of criminal prosecutions have proceeded in Canada; no charges have been laid in Manitoba to date. Workplace safety activists who worked so hard lobbying for passage of the Westray Bill are frustrated and demoralized. Parliament was clear that the criminal code should be used to hold employers accountable for ensuring safe and healthy working conditions for workers they employ. Yet there has been virtually no enforcement.

To find out why, the Canadian Labour Congress organized a Westray bill symposium last fall, bringing together police, prosecutors, workplace safety regulators and health and safety activists. At the symposium it quickly became clear that, without the political will to enforce it, the Westray law would remain a largely unenforced “paper tiger.” Participants identified a number of barriers to enforcing the Westray law:


Everyone in attendance agreed that proper enforcement of the Westray law will require a deliberate and collaborative effort on the part of everyone present. Investigative procedures for police and regulators need to be revised. Police, prosecutors and regulators need to be trained or updated on the latest developments. Provincial officials need to show leadership by bringing all these players together to work through these challenges.

Families of workers who fall victim to workplace tragedies deserve to know that these deaths are all investigated through the lens of the Westray law. Employers need to know that there will be tough criminal consequences if they act irresponsibly with the health and safety or workers they employ. This is how we can truly honour the memory of the 26 workers killed 20 years ago. 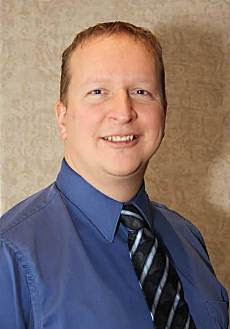